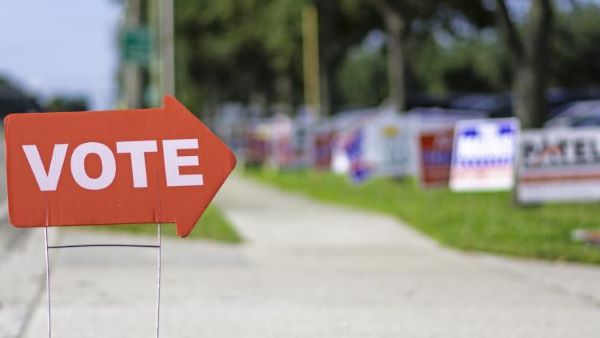 Strong bipartisan majorities support a balanced budget amendment to the constitution, believing it will help set priorities and lead to less waste and corruption.

In the face of record budget deficits and even more proposed spending initiatives in the Build Back Better bill, we decided to explore voter attitudes about government spending and the necessity of returning to a balanced budget. Main takeaways:

The way the federal government spends money is seen as wasteful, corrupt and prioritized wrong. There was high awareness of wasteful spending and mismanagement, particularly from veterans and those who had seen news reports of Medicare and unemployment fraud.

There was little partisan or ethnic difference in perception of the amount of waste in government, with majorities of Democrats (57-26), Independents (53-32), Republicans (63-25), Blacks (61-15), Whites (55-23), and Hispanics (55-23) all saying that if government actually cut out wasteful spending and corruption, that it would be enough to balance the federal budget.

“Wasteful? Yes – some things they do. I think they’re focused on their interests sometimes, and they have put a lot of money into whatever they really want to do, and try to hide it.” – Wendy (47, White, Somewhat Conservative)

Across the board cuts to government spending were popular but only if it was the result of better management/efficiency. Otherwise, participants tended to want targeted cuts to areas like foreign aid and military spending rather than social security and Medicare.

There was a desire, especially among women participants, for more spending on education, health and other areas that would fix the “root causes” of systemic problems.

“I feel like it’s kind of upside down the way that we invest the money… looking at what’s towards the bottom is like education and like the veterans and actually getting them the services that they need…If you actually got people educated… they could have their money saved up. They would actually be homeowners. You wouldn’t have the need for all these additional things.”– Mercy (36, Black & Hispanic, Moderate)

Support for balancing the budget is driven by a belief that it will force Congress to set priorities, solve the root causes of problems, and that it is something that every family and business must do, therefore Congress should do so as well.

Concerns about balancing the budget are driven by fear that Congress could not come together to get it done and would not be able to respond to emergencies. “If we were limited in what we could do to respond to an emergency, then… would certainly take us down in the world because we wouldn’t have the ability to do what has to happen…which we seem to take as our responsibility.” Patrik (73, White, Somewhat Liberal)

Independents’ perception of the likelihood of passing a balanced budget are similar to that of Republicans (54% not capable and 62% pessimistic). Our focus groups with swing voters suggest that skepticism is driven by frustration with the highly partisan nature of Congress. “I don’t trust, I don’t trust the government at all. I don’t trust people doing the right thing.” – Ricco (29, Black, Somewhat Conservative)

Voters see the 1990s balanced budgets and economic model as a way forward, but not a total solution. Democrats and Blacks were the most likely to say knowing Congress balanced the budget for four straight years in the 1990s would make them more likely to believe getting to a balanced budget is possible (65% and 67%, respectively), but a majority of all groups except Independents (49%) said they were more likely to believe it was possible.

Strong Democratic support suggests the memory of Clinton gives a 90s economic model bipartisan appeal, but there is a belief among all groups that balancing the budget now would be much harder than in the 90s because of more partisanship and emergencies such as the pandemic and wars.

“I believe there’s far more extenuating circumstances than there were. That was strictly during the Clinton administration and there wasn’t an ongoing military conflict and there certainly wasn’t a pandemic.” – Scott (55, White, Moderate)

We will continue to explore voter attitudes about the way the government spends money and the need to return to a balanced budget in the coming months.